Here is a list of things this year — books, games, tv, etc — which have been particularly meaningful to me (ignoring single poetry collections for now, as they need a post of their own). Thank you to the people who made these things, which helped make this stupid year more bearable. 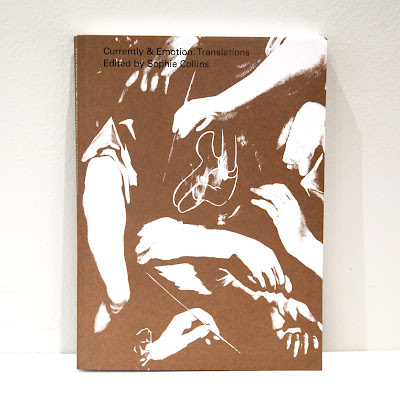 A great anthology of translations — all different types of translations, unexpected source materials and strategies for handling them — designed to stimulate translation culture. All the pieces are so interesting (along with insightful intros to each one) and I think are mostly taken from longer works, the majority of them by women, like Anne Carson's Albertine Workout, Rachael Allen's 4chan Poems, or Vahni Capildeo's Measures of Expatriation. This feels like a force for good in the world, clearing a path for a strong thoughtful future. 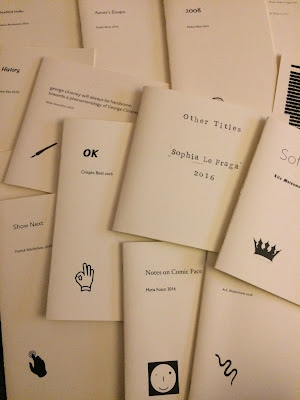 I'm signed up as a subscriber to receive every pamphlet produced by If a Leaf Falls Press (set up by Sam Riviere) and it's been a recurring source of intrigue and pleasure. It's only been running this year (and, disclaimer, Sam published a pamphlet by me among them) and they're in super-limited editions, with no way to predict what's going to arrive. Pamphlets included anything from lists of Uber car pickup names & dates, an apparent patient's diary of observations, a list of alternative titles to film names (eg Twelve Hangry Men, which made me spit my tea out when I first read it) and all kinds of stuff. Always interesting, always different, always a delight when a new pack of pamphlets drops through the letterbox. KG and I only heard about Bojack Horseman this year, so had the joy of being able to binge watch three whole seasons in a row. If you don't know it, it's an animated comedy/drama for adults about a washed up actor in LA who, back in the nineties, was in a very famous tv show. He's also a horse. He has a friend, another actor, a labrador called Mister Peanutbutter. His agent is a cat called Princess Caroline. But his biographer Diane is a human, as is friendly moocher Todd. I'm not sure why, but this mixture of animals and humans works across multiple levels — simple one-liners as well as more nuanced extended humour at times. Plus it's fun to watch animals and humans interact in familiar but surprising ways. Forget all that though — this is not a quiet distracting comedy, it's also a drama. A bleak, cynical, blunt, and only occasionally warm look at celebrity and creative life in LA (but mostly bleak). The next season is coming out next summer and I can't wait. Here are the opening credits so you'll get an idea of tone. 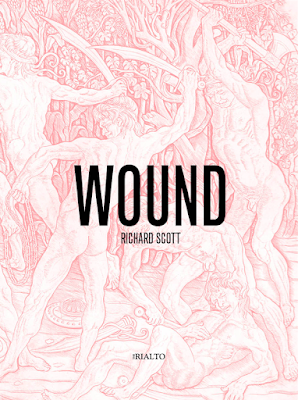 Richard is a very good friend and his first pamphlet of poems came out this year — it was so good to see it (and it just won the Michael Marks Awards — hooray for him!). I really love his poems. They navigate a world of love, sex and sensuality, seducing us over and over with language. Can't wait to read more. It's dark and wonderful, full of desire. (Also it just made me laugh that in googling for this cover I had to type in "wound richard scott" which is the last thing I'd ever want to do.) 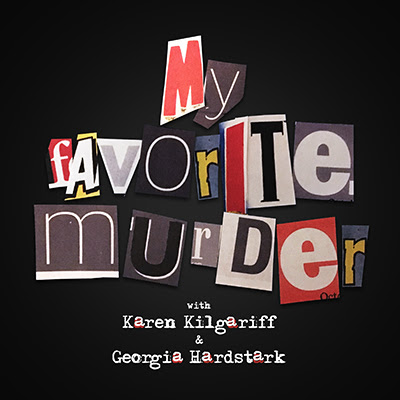 Two LA comedians sit in a room and tell murder stories to each other, punctuated by contributions from a vocal cat called Elvis. And it's brilliant. Georgia Hardstark and Karen Kilgariff combine humour, horror and a basic human desire to avoid getting murdered by serial killers. It says a lot about this horrible year that I've found shows about death to be enormously reassuring. 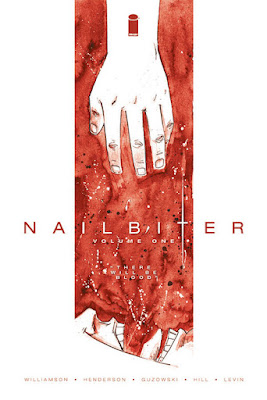 Continuing this theme of being heartened by murder, I've binged through all of Nailbiter this year, an ongoing comic at Image Comics. You can buy up to issue 25 in collected trades, though the final (eep!) arc is currently being released in single issues, with the finale coming in March). It revolves around a fictional town that has produced a disproportionately high number of America's serial killers, and we gradually get to discover why, with darkness, suspense and humour. I binged through this initially as an excuse to make sure it was a suitable gift for my mother-in-law (who expressed interest in it when we took her with us to San Diego Comicon this summer) and it certainly is. But she'll have to wrestle me for it. 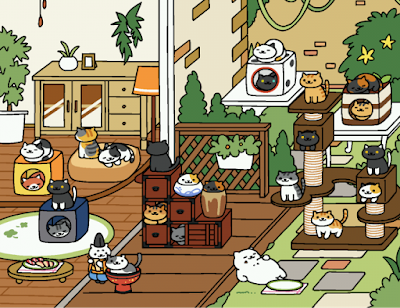 I cannot believe I'm still feeding these damn cats. Purchased at the start of January 2016, this phone game is something I have checked into at least twice (if not more than twice) every single day this year, and it's one of the gentlest, sweetest secret pleasures I have. It's less "game" and more "show me my garden of cats who will soothe me". 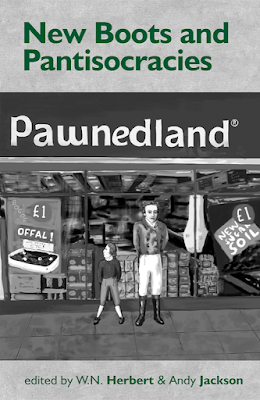 Bill and Andy started up the New Boots blog shortly after the election last year, and it's been a heartening reminder that poets can and do want to engage, directly and productively, with the political horrors of the past year and a half. This anthology of poems from the blog was published this year by Smokestack and it made me so happy to have in the house (and, yes, disclaimer, I have a poem in here too). The blog itself is no longer updated daily, but still puts out strong and interesting work when it does. https://newbootsandpantisocracies.wordpress.com/ This is the opposite of political engagement. This is me running away into space alone and hiding. And mining. And feeding and befriending compound dinosaurs. I think this is a wonderful game (I know it's had a lot of criticism this year, but I don't agree with any of it). I've spent a huge and relaxing amount of time exploring beautiful new worlds that, thank goodness, have nothing at all to do with this one. 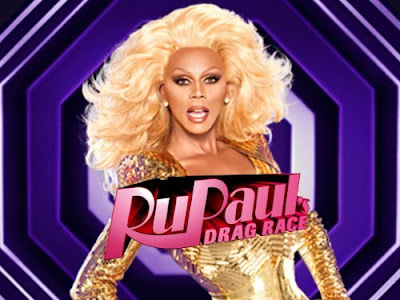 So rude, so crude, so glorious. Not without its controversies, especially in earlier shows, but I have given myself over to this as a source of pretty consistent joy. A reality show for drag queens that you can watch on Netflix, this show is capable of tremendously petty, shallow yet wickedly entertaining scenes, as well as honest heartbreaking moments of emotional intensity. Come for the bitching, stay for the glamour, humour and celebration of drag. Sometimes I want to get one of RuPaul's catchphrases inscribed on my wrist as a tattoo for constant reference: "Good luck. And don't fuck it up." Here's a clip of one of my favourite regular features The Snatch Game. 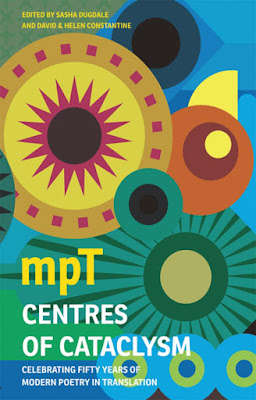 This is a great anthology too, full of poems about migration, war, revolution and hope. It's an almost overwhelming testimony of resilience, and celebrates fifty years of Modern Poetry in Translation magazine. I did some work on helping clear permissions for this, and so many poems in here break my heart again and again, by all sorts of poets from all sorts of places (eg Primo Levi, Kim Hyesoon, Miroslav Holub, Anna Akhmatova, Pasolini...). So, I'll leave this post, and this overall diabolically shitty year, with a quote from a Seamus Heaney poem that's included in this anthology (a translation of 'The Sibyl' from Virgil's Aeneid). The lines that follow straight after these are "A road will open to safety / From the last place you would expect... " but, as I'm not totally convinced I dare hope for safety, instead I'll end it here. Best wishes for next year, folks. Am breathing in now.

But whatever disasters befall, do not flinch.
Go all the bolder to face them, follow your fate
To the limit.