A couple of months ago I was part of an event at the National Poetry Library which revolved around the handwritten or handmade in poetry. It was part of SJ Fowler's Poem Brut series, which tries to approach the page from a different direction.

My piece was inspired by the marks on nautical charts. I know a fair bit about charts, having done a lot of sailing in the past, and wanted to think about how they might lend themselves to the poetic, the familiar idea of plotting a course for yourself with imaginary lines and symbols on a page.

I combined some words about chartwork with the New Yorker's list of 36 Questions to Fall in Love, a list of questions that will apparently result in true love if two people run through the list together and share their answers. I gave everyone in the audience a square of paper cut from a nautical chart, and gave them permission to write on it, to write whatever came into their heads, as I read my piece. The results that were handed back to me were personal, intimate and anonymous, each interacting with chart elements in different ways.

I've pieced together what I could of the three charts I cut up. Not all the segments were handed out, and some of the pieces were retained by those who wrote on them, so the charts remain tantalisingly incomplete. The files for the three charts are huge, as they need to be very high-res in order to zoom in on the individual texts in detail - you'll find them in a folder here. I've also screengrabbed some extracts, which I'm pasting below.

Thank you to everyone who participated in this event, who was willing to share some of the various intense traumas that we all carry around with us all the time. It made me appreciate again what strength there is in recognising things in others that we so often experience alone. I hope the audience found it as cathartic as I did. 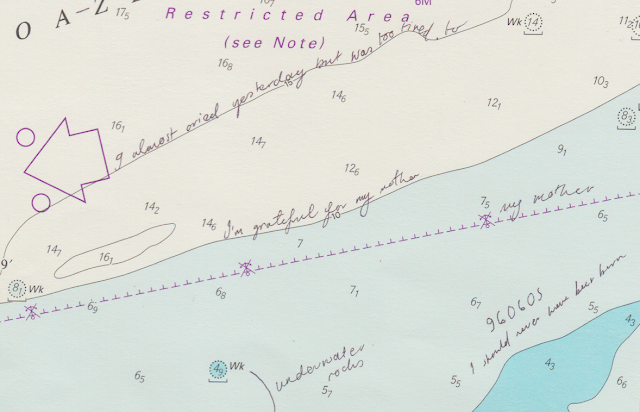 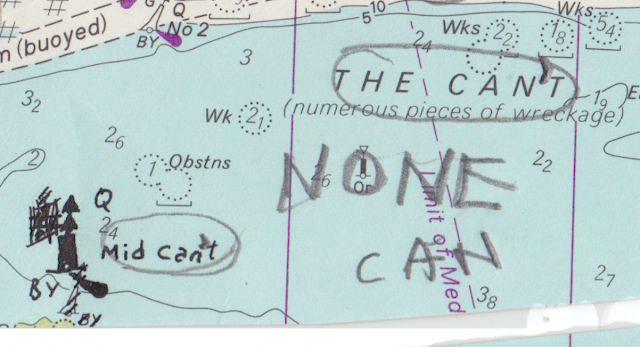 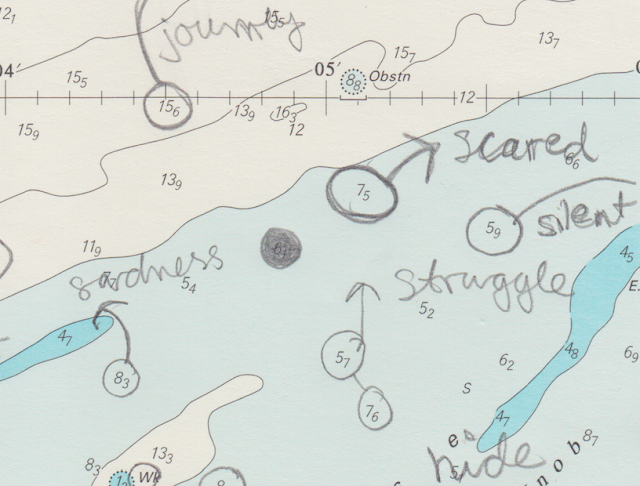 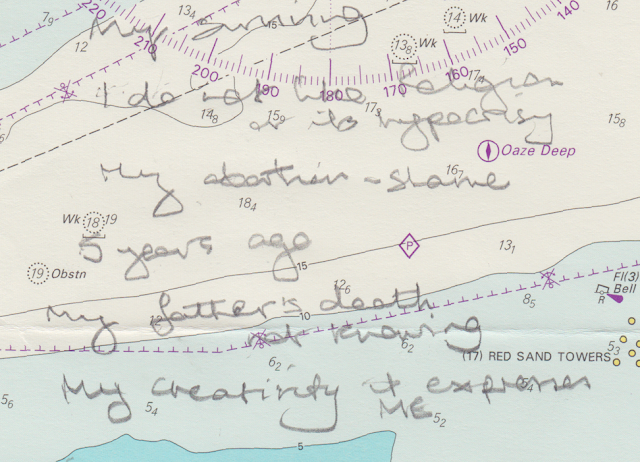 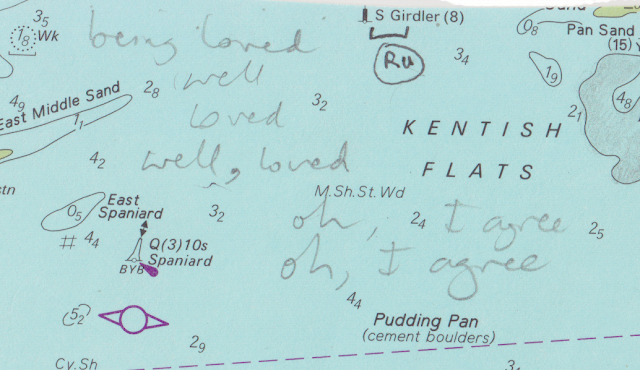 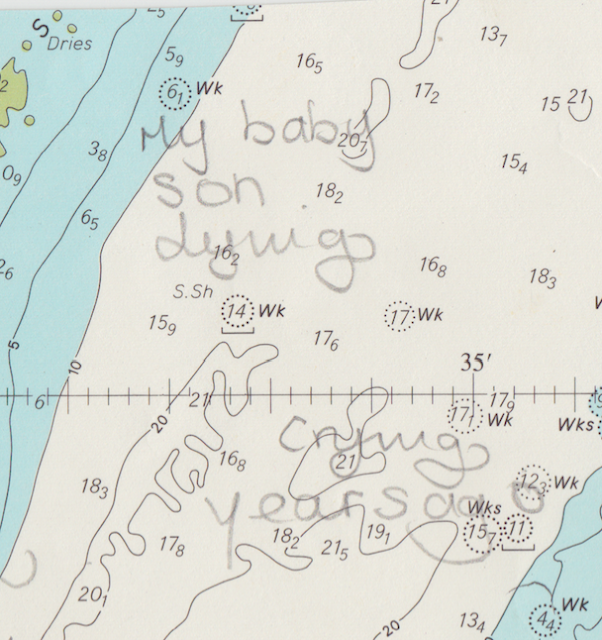 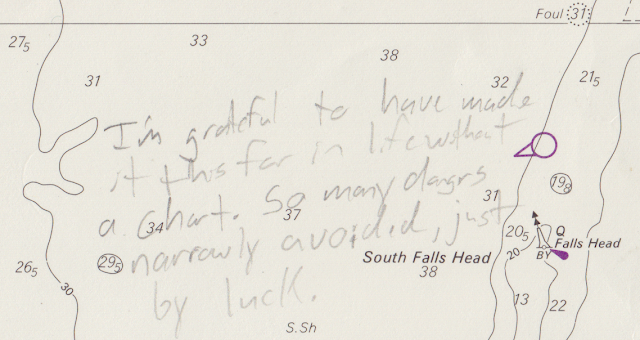 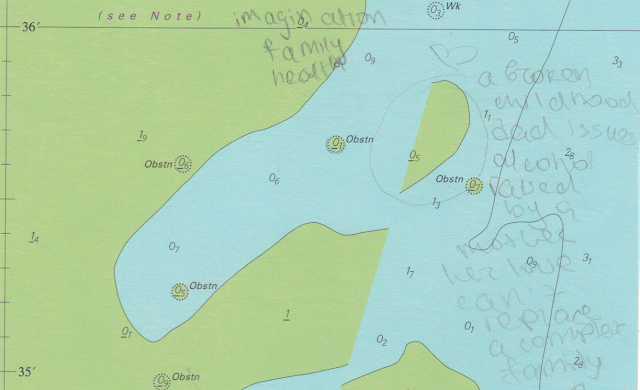 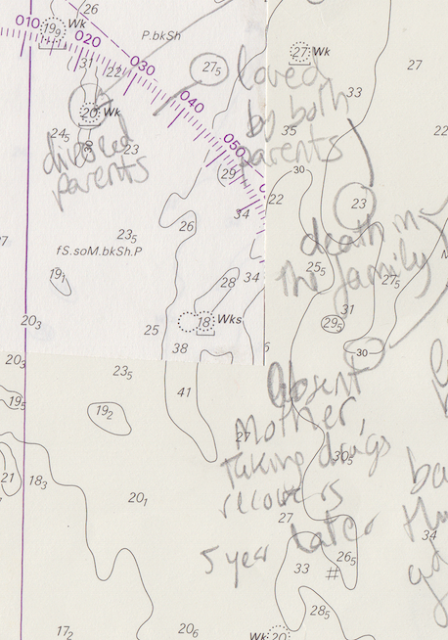 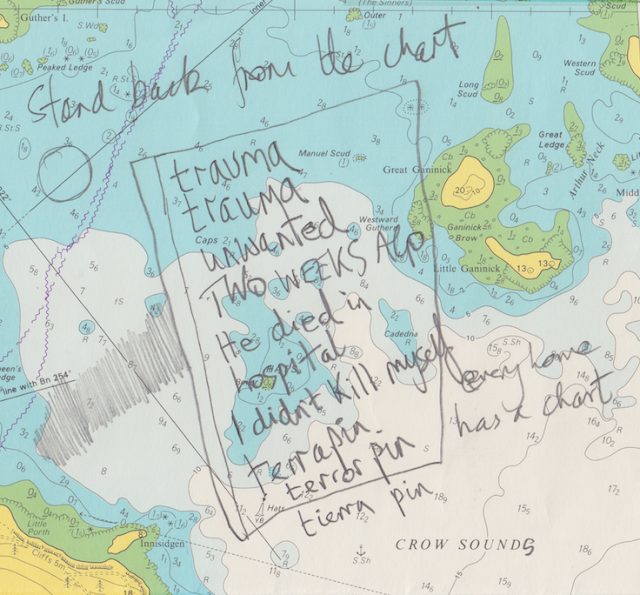 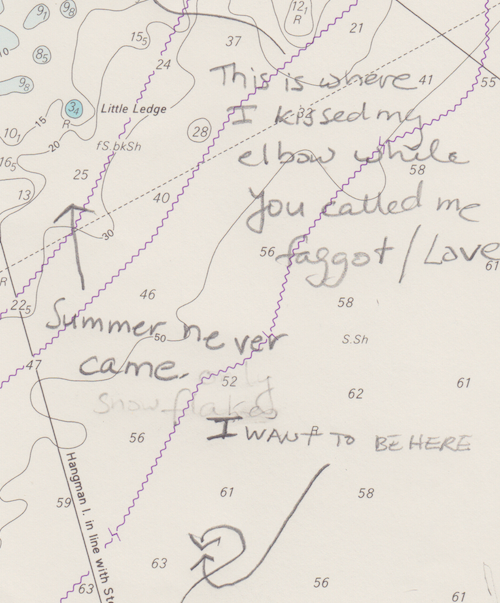 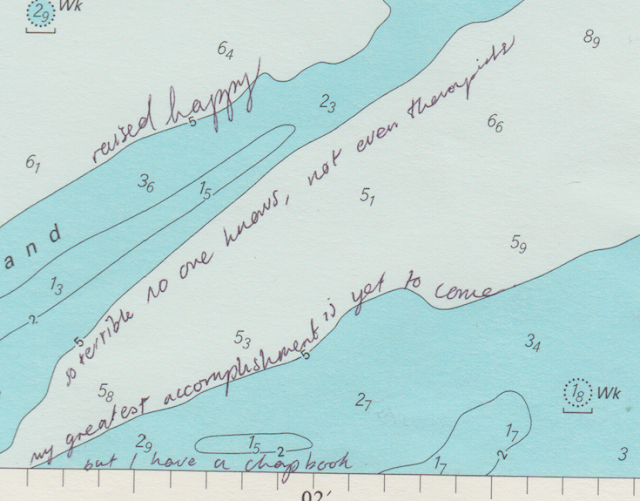